“Mass protests in the US over the killing by police of George Floyd, have been swelled by the presence of people of all races in numbers not seen before.

But whether it’s on the streets or online, what does true allyship look like? “You’re walking down the street and you see a child and a big dog charging towards it. Do you let the dog eat the child or save the child?” writer and activist Feminista Jones told The Stream. “If you observe something, and you know something is going to happen, do you do everything you can to stop it, or do you think of self-preservation?”

Activists say it’s vital that being an ally is an ongoing process of both education and action. Manuals on allyship are circulating on social media to help people take steps in that direction.

Some of the suggestions are: educating yourself, researching, listening and not talking. Showing up at protests, observing and protecting people who are more vulnerable to police action. Donating to organisations on the frontline, centering and amplifying the voices of Black people.

In this episode of The Stream we’ll take a closer look at those ideas and ask how they can bring about substantive change. “ 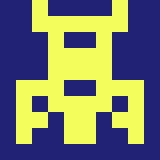 If I must choose a label, I'm a student. That'll do.